Start a Wiki
Synthetoceras is a large, extinct protoceratid endemic to North America from the Miocene epoch, 13.6—5.33 Ma, existing for approximately 8.27 million years.

With a length of 2 m (6 ft 8 in), Synthetoceras was the largest member of its family. It was also the last, and had what is considered to be the protoceratids' strangest set of horns. The two horns above its eyes looked fairly normal and similar to those of many modern horned mammals, but on its snout it had a bizarre, long horn with a forked tip that gave it a Y shape. Only males had this strange horn, and they probably used it in territorial fights.

Three fossil specimens of Synthetoceras were measured by M. Mendoza, C. M. Janis, and P. Palmqvist for body mass. The specimens were determined to weigh: 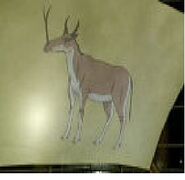 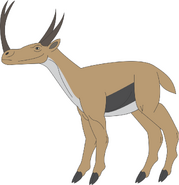 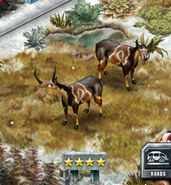 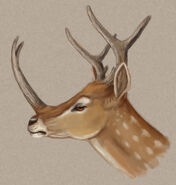 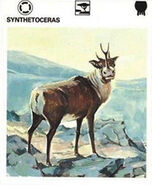 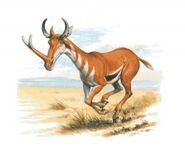 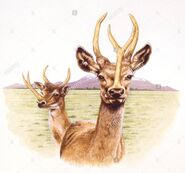 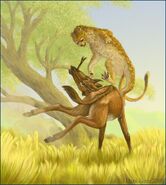 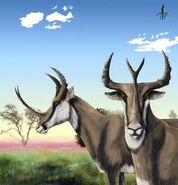 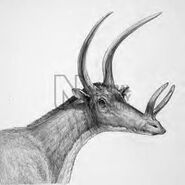 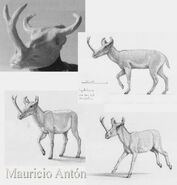 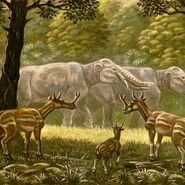 Add a photo to this gallery
Retrieved from "https://dinopedia.fandom.com/wiki/Synthetoceras?oldid=142944"
Community content is available under CC-BY-SA unless otherwise noted.