Dinopedia
Register
Don't have an account?
Sign In
Advertisement
in: Dinosaurs, Thecodonts, Early and Middle Triassic Archosaurs,
and 4 more 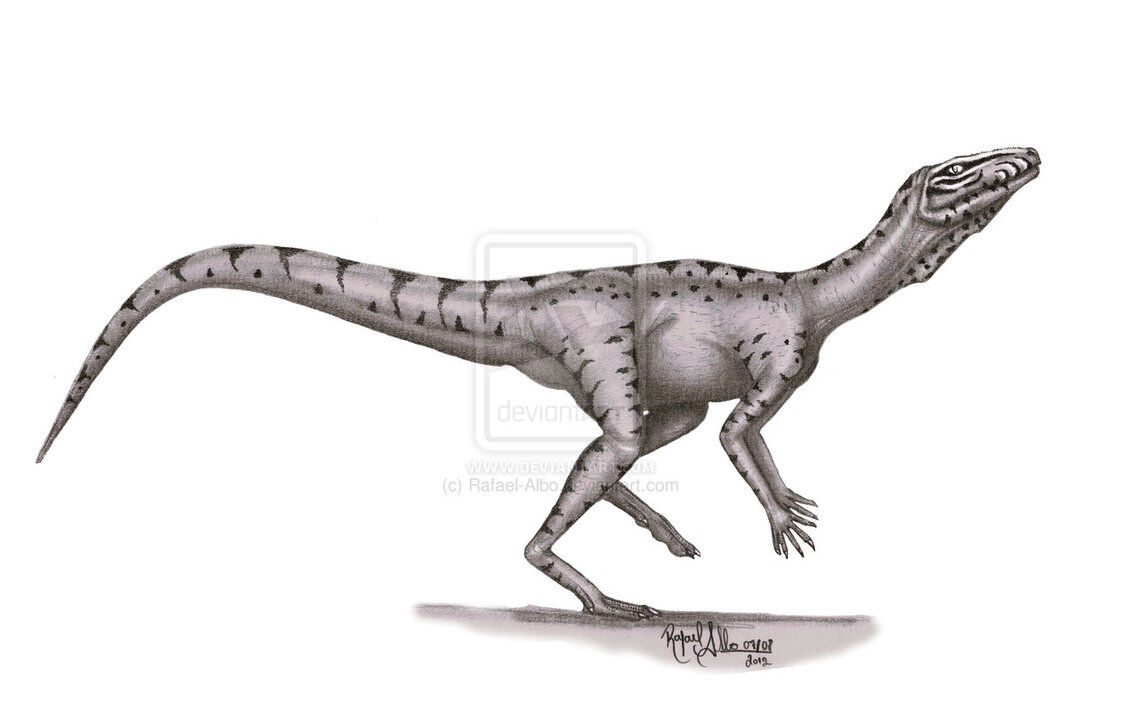 Spondylosoma (meaning "vertebra body") is a genus of archosaur of uncertain affinities from the late Ladinian-age Middle Triassic Lower Santa Maria Formation in Geopark of Paleorrota, Brazil. Recent studies have gone back and forth on its identity, suggesting rauisuchian or basal saurischian dinosaur. If it was a dinosaur, it would be the oldest. Like Nyasasaurus they both lived in the Middle Triassic.

Friedrich von Huene based the genus on a fragmentary postcranial skeleton held at the University of Tübingen. This skeleton includes two teeth, two cervical vertebrae, four dorsal vertebrae, three sacral vertebrae, scapulae, part of a humerus, part of a femur, and part of a pubis. At the time, he thought it was a prosauropod.[1] With the discovery of basal dinosaur Staurikosaurus, Spondylosoma drew attention as a possible relative. Authors have gone back and forth on the question, considering it either as a basal dinosaur, or as a "thecodont" or other basal archosaur. The two most recent papers to address it illustrate this clearly: in 2000, Peter Galton claimed that it lacks dinosaurian characteristics and was probably a rauisuchian,[2] whereas in 2004 Max Langer disputed this and included Spondylosoma as a possible basal dinosaur similar to the herrerasaurs (but did not firmly rule out raisuchian affinities).[3] This debate will probably continue until better remains are found and described.