Pelagornis is a widespread genus of the prehistoric pseudotooth birds. These were probably rather close relatives of either pelicans and storks, or of waterfowl, and are here placed in the order Odontopterygiformes to account for this uncertainty.

The fossil specimens show that P. miocaenus was one of the larger pseudotooth birds, hardly smaller in size than Osteodontornis or the older Dasornis.

Four species have been formally described, but several other named taxa of pseudotooth birds might belong in Pelagornis too. 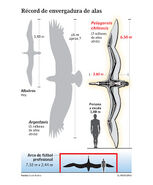 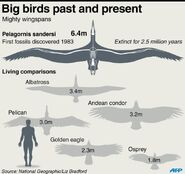 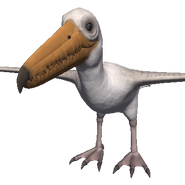 ARK Pelagornis render
Add a photo to this gallery
Retrieved from "https://dinopedia.fandom.com/wiki/Pelagornis?oldid=161165"
Community content is available under CC-BY-SA unless otherwise noted.