Neanderthals or Neandertals (named for the Neandertal in Germany) were a species or subspecies of archaic human, in the genus Homo, which became extinct around 40,000 years ago. They were closely related to modern humans, sharing 99.7% of DNA. Remains left by Neanderthals include bone and stone tools, which are found in Eurasia, from Western Europe to Central and Northern Asia. Neanderthals are generally classified by paleontologists as the species Homo neanderthalensis, having separated from the Homo sapiens lineage 600,000 years ago, but a minority consider them to be a subspecies of Homo sapiens (Homo sapiens neanderthalensis).

Several cultural assemblages have been linked to the Neanderthals in Europe. The earliest, the Mousterian stone tool culture, dates to about 160,000 years ago. Late Mousterian artifacts were found in Gorham's Cave on the south-facing coast of Gibraltar. They also made a glue from pitch and made art and simple carvings.

Compared to Homo sapiens, Neanderthals had a lower surface-to-volume ratio, with shorter legs and a bigger body in conformance with Bergmann's rule, as an energy-loss reduction adaptation to life in a high-latitude (i.e. seasonally cold) climate. Their average cranial capacity of 1600 cm3 was notably larger than the 1250 – 1400 cm 3 average for modern humans. Males stood 164–168 cm (65–66 in) and females 152–156 cm (60–61 in) tall.

The Neanderthal genome project published papers in 2010 and 2014 stating that Neanderthals contributed to the DNA of modern humans, including most humans outside sub-Saharan Africa, as well as a few sub-Saharan Africa's populations, through interbreeding, likely between 50,000 and 60,000 years ago. Recent studies also show that a few Neanderthals began mating with ancestors of modern humans long before the large "out of Africa migration" of the present day non-Africans, as early as 100,000 years ago. In 2016, research indicated that modern humans had three distinct interbreeding events with Neanderthals: the first encounter involved the ancestors of all non-African modern humans, probably soon after leaving Africa; the second, after the ancestral Melanesian group had branched off (and subsequently had a unique breeding event with Denisovans); and the third, involving the ancestors of East Asians only.

In December 2013, researchers reported evidence that Neanderthals practiced burial behavior and intentionally buried their dead. In addition, scientists reported having sequenced the entire genome of a Neanderthal for the first time. The genome was extracted from the toe bone of a 50,000-year-old Neanderthal found in a Siberian cave. In 2016, elaborate constructions of rings of broken stalagmites made by early Neanderthals around 176,000 years ago were discovered 336 m (1,102 ft) inside Bruniquel Cave in south-western France. This would have required a more advanced social structure than previously known for Neanderthals. Indeed, it is thought that they are our intellectual equivalents, much different from their initial image of being subhuman "ape-men". 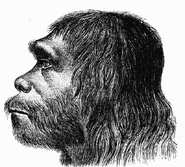 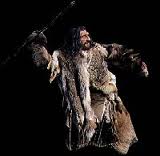 Neanderthal with deer by Mauricio Antón 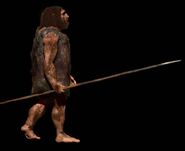 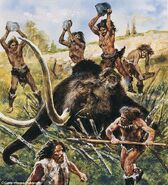 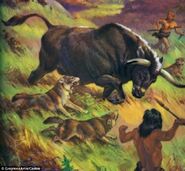 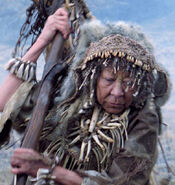 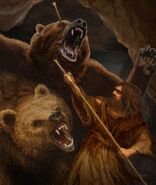 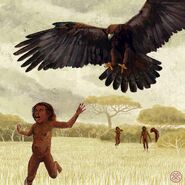 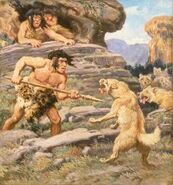 Neanderthal protecting his family from wolves. 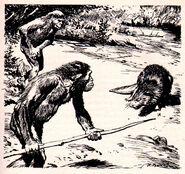 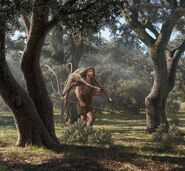 Neanderthals hunting a bear and rabbit. 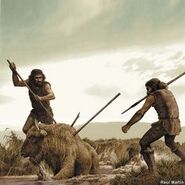 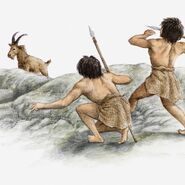 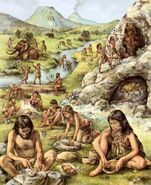 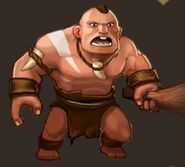 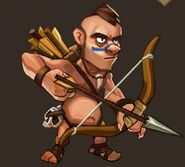 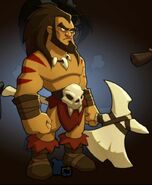 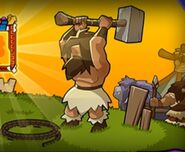 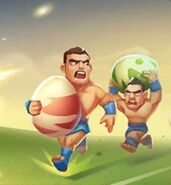 Add a photo to this gallery
Retrieved from "https://dinopedia.fandom.com/wiki/Neanderthal?oldid=138962"
Community content is available under CC-BY-SA unless otherwise noted.