Lystrosaurus was a herbivore dicynodont reptile that lived in the Permian to Triassic.

Eaten by predators like Cynodonts, Gorgonopsids, and Proterosuchus that went extinct in the Permian. The early Triassic Extinction finaly killed this animal. However before that it may have made up half of life on earth. 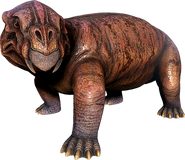 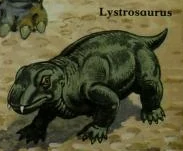 Add a photo to this gallery
Retrieved from "https://dinopedia.fandom.com/wiki/Lystrosaurus?oldid=141253"
Community content is available under CC-BY-SA unless otherwise noted.