Dinopedia
Register
Don't have an account?
Sign In
Advertisement
in: Mammal-like reptiles, Walking with Monsters Creatures, Famous animals,
and 20 more

Gorgonops (from Greek Γοργών -Gorgon- and ὤψ -eye, face-, literally "Gorgon eye" or "Gorgon face") is an extinct genus of therapsid which lived about 260-254 million years ago, during the Late Permian. It was a typical representative of the suborder Gorgonopsia, the dominant predators of their day, which in the largest forms grew to over three metres long.

Gorgonops itself was a medium-sized representative of the group, with a skull length of 22 to 35 centimetres, depending on the species. It ranged from 1.2 to 2 metres long from nose to tail. Gorgonops would have been one of the key predators across southern Africa during the Late Permian, because the canines were so large, they would have had little trouble in penetrating the tough hides of some of herbivores of the time, particularly pareiasaurs such as Bradysaurus. Aside from the teeth, one of the key predatory advantages that Gorgonops had over prey were that the legs supported the body from below rather than sprawling out to the sides like in most prey animals of the time. Aside from allowing for more energy efficient locomotion, the legs would have also allowed for a much faster pace. What animals were hunted however would depend upon the size of the individual Gorgonops, and there were some quite broad differences between species in terms of size.

Relative to body size, Gorgonops had a deep skull which had a triangular profile when viewed from above. Perhaps the most distinctive features were two enlarged canine teeth that were so big (12-cm long) they almost protruded beyond the lower jaw. To help protect these teeth, the lower jaws grew in such a shape so that the anterior (front) portion was thicker than the posterior (rear) portion. This form would have protected the enlarged canine teeth from accidental damage, and was similar in bone function to the flanges of bone of sabre-toothed cats in the Cenozoic.

Since the publication of the Sigogneau-Russell (1989), the dating of the KarooBasin (Beaufort Group) has been revised. According to Smith and Keyser 1995, Gorgonops is known from theTropidostoma and most of theCistecephalus Assemblage Zones.

The type species. The holotype is an incomplete and flattened skull found atMildenhalls, Fort Beaufort, South Africa. A number of other specimens have been found since, all from theTropidostoma and/or CistecephalusAssemblage Zone(s). This was a medium-sized therapsid, with a skull about 22 cm in length. It is distinguished from other species by a longer snout, and other details of the bones of the skull. Originally considered rather simple, it is actually (according to Sigogneau-Russell) a rather specialised member of the group.

Larger than G. torvus, with the rear of the skull wider, and other details of proportion. Originally the type species of Scymnognathus. Despite being known from a large number of specimens from the Karoo Basin, Beaufort West (Tropidostoma/CistecephalusAssemblage Zone), the species remains poorly known. Watson and Romerplaced Gorgonops and Scymnognathus in two different families, while Sigogneau-Russell 1989 placed the two species in the same genus, and considers G. whaitsi a more primitive (less derived) form. Synonyms: Scymnognathus whaitsi(Broom, 1912)

A large specimen known from an incomplete and flattened skull about 35 cm long. Orbit larger and snout longer than G. whaitsi, from which it may have descended. Beaufort West,Tropidostoma/CistecephalusAssemblage Zone. Synonyms:Gorgonognathus longifrons (Haughton 1915)

A large (estimated total length about 35 cm long), incomplete skull, with a high snout and narrower in the rear than other species, from the "HighTapinocephalus zone" (i.e. earlier than the other species, most probablyPristerognathus Assemblage Zone) Synonyms: Pachyrhinos kaiseri (Broili & Schroeder, 1934)

The holotype of the type species,Gorgonops torvus, was in 1876 one of the first therapsids described, byRichard Owen, who also coined the name "Dinosauria" on the basis of the first known dinosaur fossils. It was also used as the type for which Richard Lydekker described the family in 1890. Five years later, in 1895, Harry Govier Seeley used this genus to establish the group as a whole. In later years, a large number of further species and generawere designated, but some of these turned out to be synonyms.

Below is a cladogram from the phylogenetic analysis of Gebauer (2007):[1] 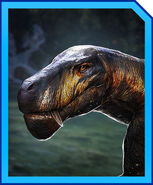 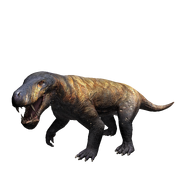 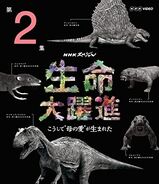