Genyornis is a genus of large, flightless bird that lived in Australia during the Late Pleistocene period. It was over two meters tall and was likely either herbivorous or omnivorous. Their closest living relatives are fowl. They became extinct 30,000-5,000 years ago and were likely hunted to extinction by humans. There are rock art paintings in Australia that are 40,000 years old that depict two Genyornis. It has even been theorized that they might have survived later than this, but this has yet to be proven. 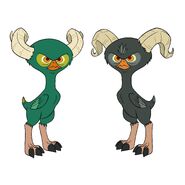 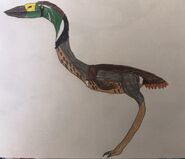 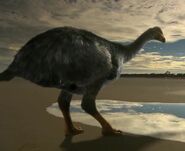 Retrieved from "https://dinopedia.fandom.com/wiki/Genyornis?oldid=152954"
Community content is available under CC-BY-SA unless otherwise noted.