Arthropleura (meaning “jointed ribs”) was a giant, centipede-like arthropod from the Carboniferous period 320 to 299 million years ago, and was the largest known land arthropod ever.

Despite its relationship to centipedes it was actually omnivorous, or possibly even herbivorous, but could still have a very venomous bite to protect itself from the few large predators that lived in the Carboniferous.

Arthropleura was a giant millipede, it grew 2.5 meters(8.2 feet) in length, as long as a car, and was covered in hard armored plating.

Despite its menacing appearance, it was an omnivore or possibly a Herbivore. 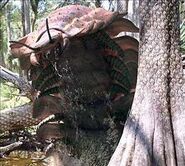 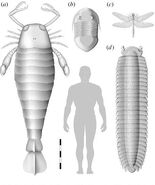 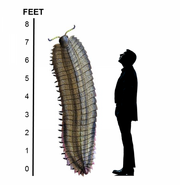 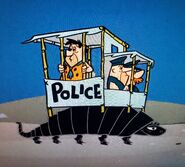