Anchiceratops was discovered by Barnum Brown in 1914. Like a large number of other Ceratopsians, Anchiceratops skull is the only part of its body found. There are currently six skulls in existence. 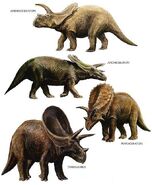 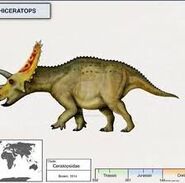 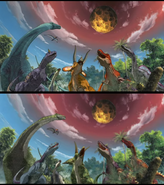 Add a photo to this gallery
Retrieved from "https://dinopedia.fandom.com/wiki/Anchiceratops?oldid=173928"
Community content is available under CC-BY-SA unless otherwise noted.