Amphicyon had the typical bear-dog, amphicyonid morphology that is similar to both bears and dogs/canines. With its robust build and maximum length of 2.5 meters (8 feet), the largest species looked more like a bear than a dog. It had a large heavy tail, thick neck, robust limbs and teeth like a wolf. It was probably an omnivore with a lifestyle comparable to that of the brown bear.

A single specimen was examined by Legendre and Roth and estimated to have a body mass of 84.2 kilograms (190 lbs), roughly half that of Ischyrocyon and twice that of Epicyon which shared its time period and habitat. A. ingens was much bigger: Sorkin (2008) estimated the largest known specimen (AM 68108) to weigh 600 kilograms, making it one of the largest amphicyonids.

The earliest occurrences of Amphicyon in North America are from the early to mid-Miocene, found in the Runningwater Formation in Sioux County, Nebraska, and from the lower part of the Troublesome Formation, Colorado (A. galushai, A. frendens, and A. ingens). Although other large amphicyonids from the Miocene of North America have been placed in Amphicyon, many of these carnivores are now placed in other amphicyonid genera. The Amphicyon lineage in the New World is restricted to the above three species (18.8–14.2 Ma). Particularly rich samples of the large North American species of Amphicyon have been found in the Sheep Creek Formation (A. frendens) and Olcott Formation (A. ingens) of central Sioux County, northwest Nebraska. Amphicyon has also been found in France, Spain and Germany in Europe.

This Animals are the most common and most abudant species of their time; they are spread to entire Eurasia and probably bits of Africa and thanks to Alaskan Land Brige they started to Migrate and Spread the North America too. The Species looking their body shape and Mouth are probably apex predators rivaled only by Entelodonts of their time. Amphicyon was not directly ancestral to either bears or dogs but is related to both. [1]

The Amphicyon belonged the to the suborder Caniformia; the animal is related to both canines & the bears; while amphicyonids were previously thought to be closely related to ursid; there is increasing evidence that indicating they were basal caniforms and therefore; are more closely related to true dogs (Canidae). http://rsos.royalsocietypublishing.org/content/3/10/160518 http://digitallibrary.amnh.org/bitstream/handle/2246/453/B285a11.pdf;jsessionid=CC33D97CF398759AAE55EE3C420B745C?sequence=8 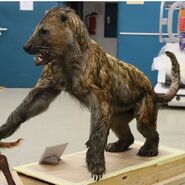 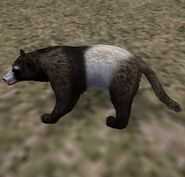 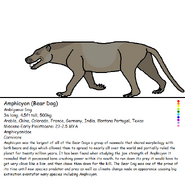 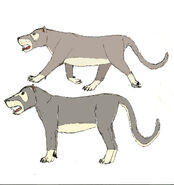 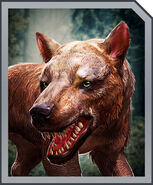 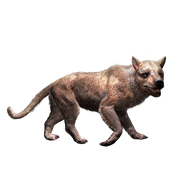 Retrieved from "https://dinopedia.fandom.com/wiki/Amphicyon?oldid=205077"
Community content is available under CC-BY-SA unless otherwise noted.